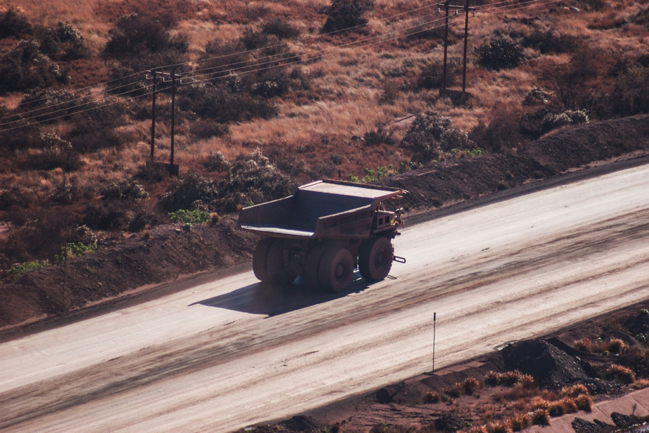 Poorly managed haul roads have been proven to adversely affect fuel economy and total road user costs. as well as being a major maintenance and safety factor.

In a special case study commissioned by DUST-A-SIDE and conducted by a leading tire manufacturer, Michelin at CEMA (Centre of Excellence Michelin Almeria) at their open air laboratory test centre in Spain, the impact of DUST-A-SIDE’s haul road management system on the fuel consumption of rigid dump trucks was assessed.

The test conditions were set to a reduced scale automated truck, at constant speed, with a pulling effort simulating a constant slope of 10% and on a DUST-A-SIDE stabilised road.

When comparing a stone covered (untreated) reference track and a DUST-A-SIDE treated track, a substantial reduction in fuel consumption of 7.5% could be measured.

Uncertainties linked to the extrapolation to real-life operations, with different trucks and variable speeds and slopes, led Michelin to a reasonable conclusion that the overall reduction in hourly fuel consumption is 3% on average.

The reduction in fuel consumption observed by Michelin can be directly attributed to the reduction in rolling resistance realised with DUST-A-SIDE’s road management system.

An independent study undertaken by Road Safety Training Services at a mine in Australia found the following:

A similar study conducted over a 4-month evaluation period found that a DUST-A-SIDE road reduced the measured International Roughness Index (IRI) by almost 40% compared with an untreated control section of the same road, as shown in the chart below.

It is now widely accepted in the construction and mining industries that there is a strong correlation between rolling resistance and fuel consumption.

Contact DUST-A-SIDE HINCOL on +91-22-23023250 to determine the cost savings that can be realised at your operation through a reduction in haul road rolling resistance.

Click here to arrange a no obligation technical consultation and report today.

A member of the Colas group of companies